British born artist Brian Flynn has been living and painting in Egypt since 2005. His work constantly explores the culture and people that inhabit the magical atmosphere of this sacred land.

Settling in Luxor where he designed and built a home in the style of Hassan Fathy, Flynn quickly became a dervish with a Sufi Tariqa, which has greatly enriched and influenced his perceptions of both the contemporary and the very ancient roots that lie at the core of Egyptian spirituality. The supreme source of inspiration for his work is nature - being the direct creation of God himself; its endless forms ranging from the sublime human body and soul to animals, birds, flowers, mountains and rivers.

Working primarily with acrylics, he employs a wide range of techniques, often using gold and silver leaf to highlight the vital essence of his subjects. He has frequently exhibited in the United States, England, France and Italy in addition to Cairo and Luxor and his work can be found in several international collections. 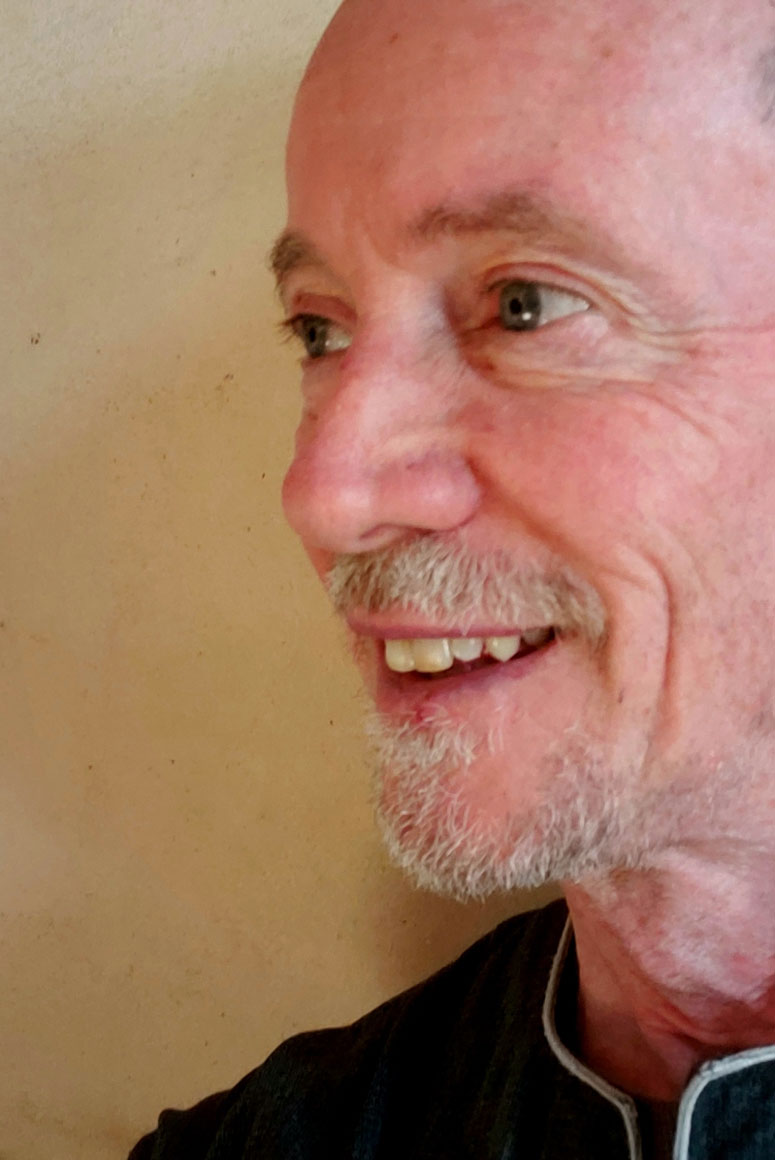