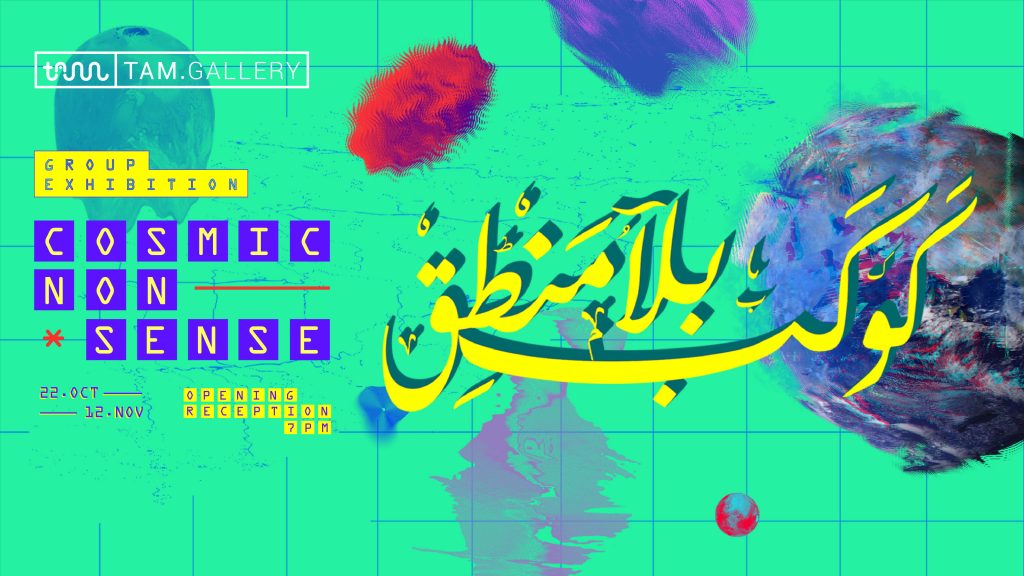 Cosmic Nonsense is a new exhibition hosted by TAM.Gallery (formerly known as TAM.Gallery), and opens on TUESDAY the 22nd of October 2019 at 7:00 pm.

This group exhibition celebrates the madness that surrounds us; an uninhibited adventure where our artists set out to discover the many faces of nonsense and explore the (often hilarious) survival tactics needed in today’s world.

This show is a creative and immersive journey that takes us through a number of places, both physical and virtual. A new concept that attempts to explore the world from an impartial perspective of sanity and a therapeutic commentary on our city, homes, institutions, dreams, and questions the ways of life that may be devoid of logic.

How did one come to normalize so many illogical phenomena? We regularly hone our minds to adapt to a new kind of crazy. Unknowingly, we became “spect-actors” in this nonsensical contemporary life; be it in the world we live in, within our families, our workplaces or even as individuals within our very core.

Join us on Tuesday, 22nd of October, 2019 at 7:00 PM at TAM.Gallery (formerly TAM.Gallery) as we embrace all that nonsense within, take in the crazy around us and brace ourselves for the cosmic nonsense that is yet to come.

This Exhibition runs until the 12th of November.