Jamal's new collection "Deshret" consists of several clusters of works that combine painting and sculpture. They focus on the influence of modernity on the  set of known beliefs of Ancient Egyptians. "Deshret" was the formal name for the Red Crown of Lower Egypt and for the desert Red Land on either side of Kemet (Black Land), the fertile Nile river basin. When combined with the Hedjet (White Crown) of Upper Egypt, it forms the Pschent (Double Crown), in ancient Egyptian called the sekhemti. 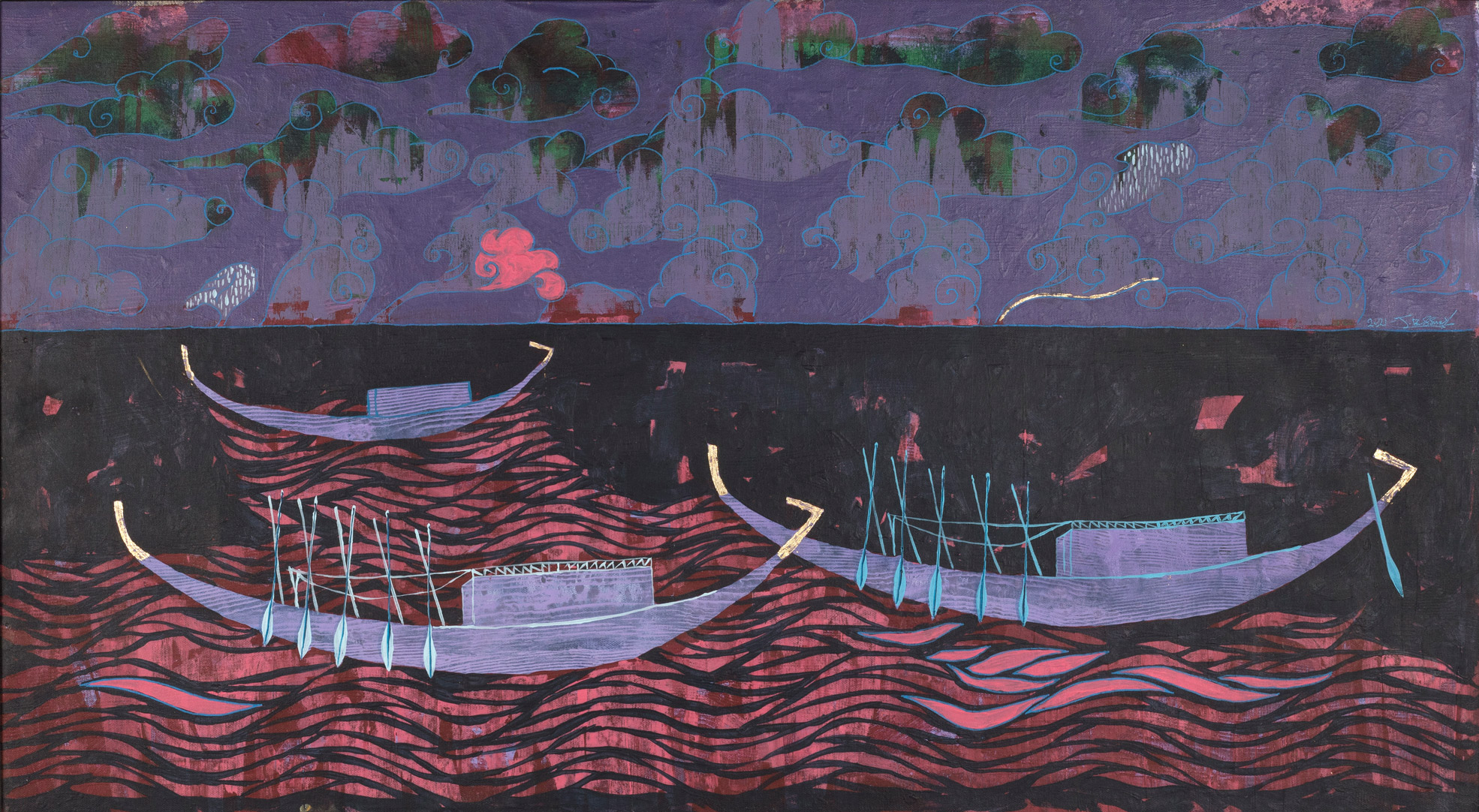 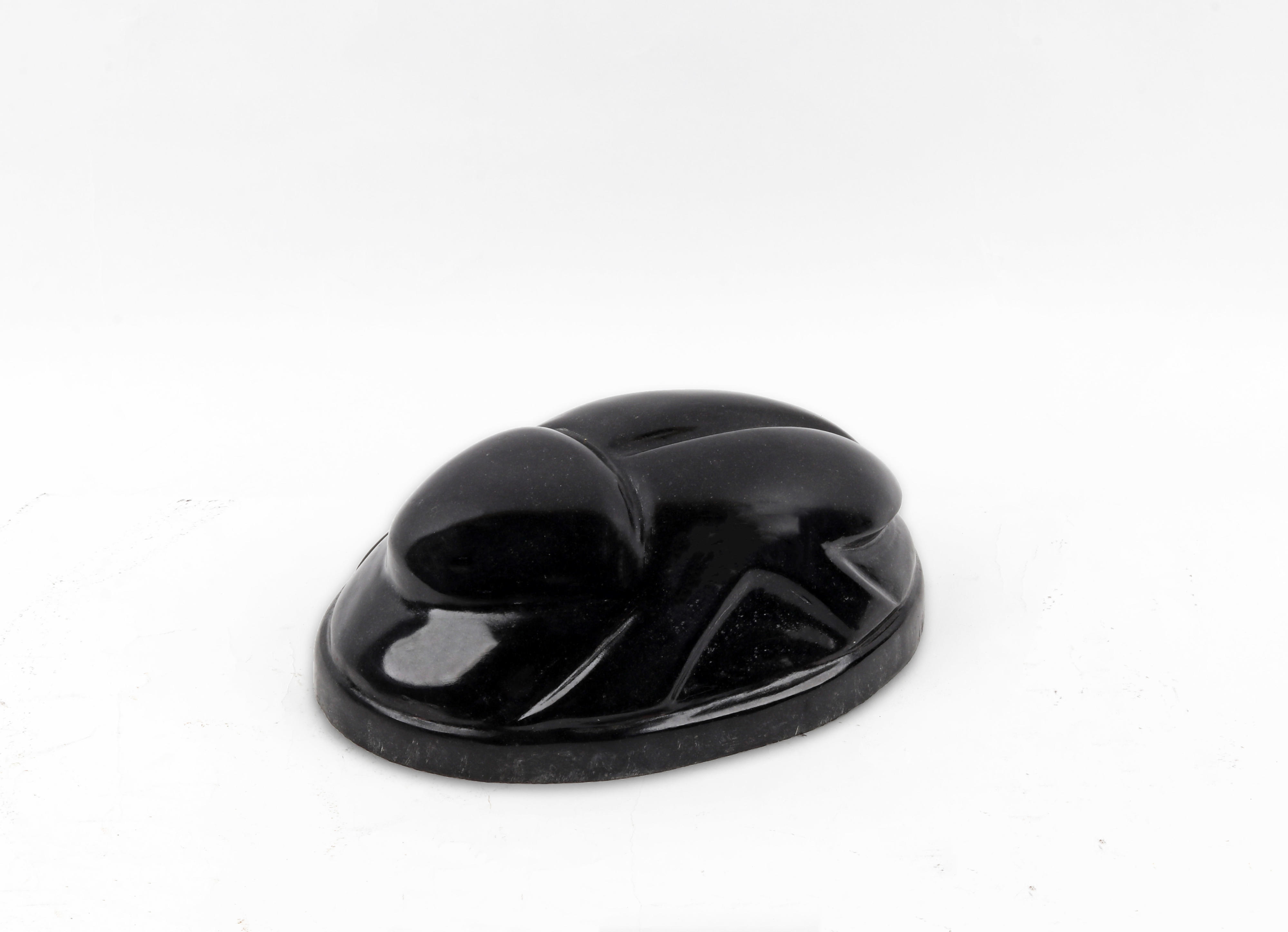 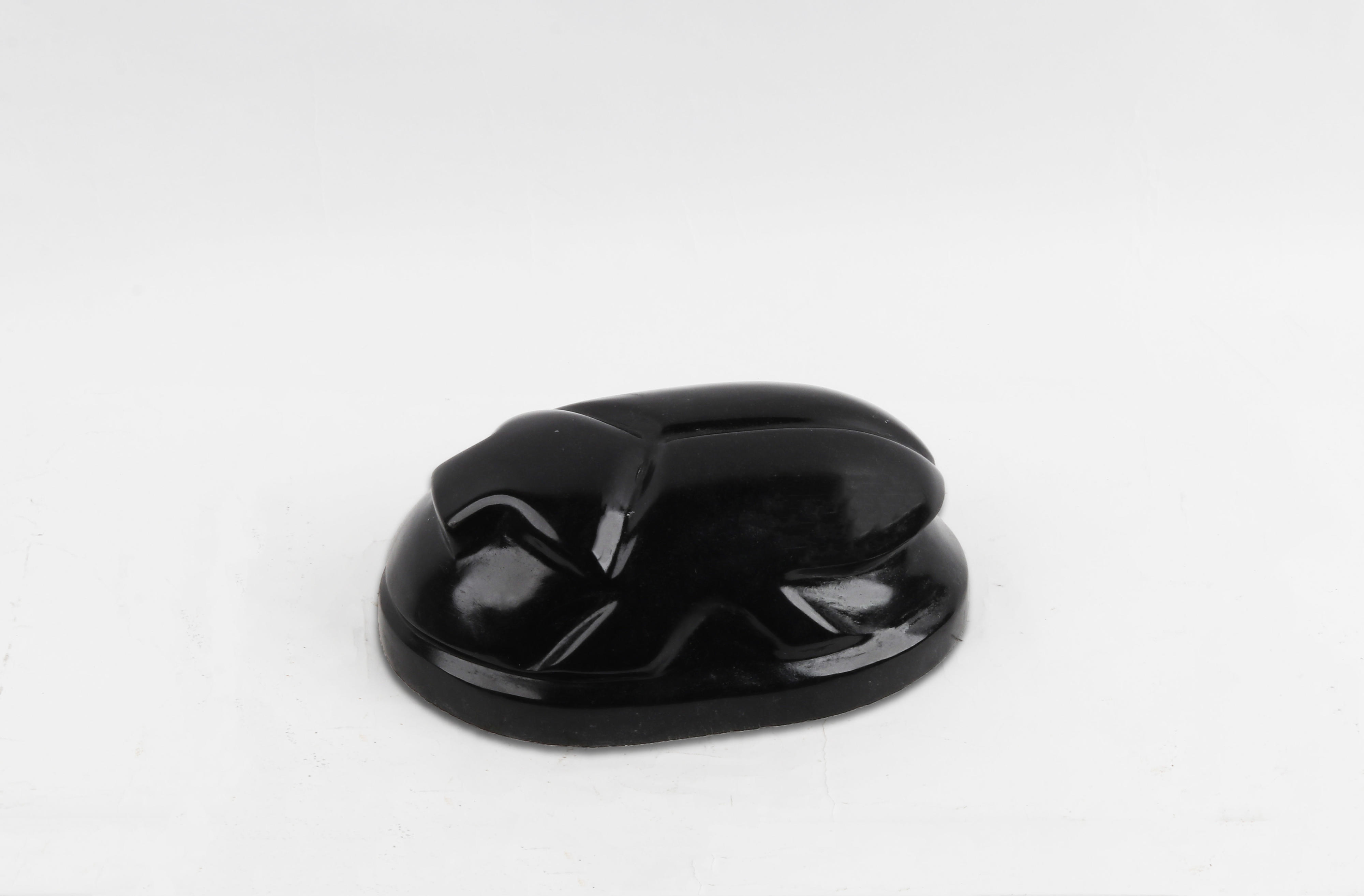 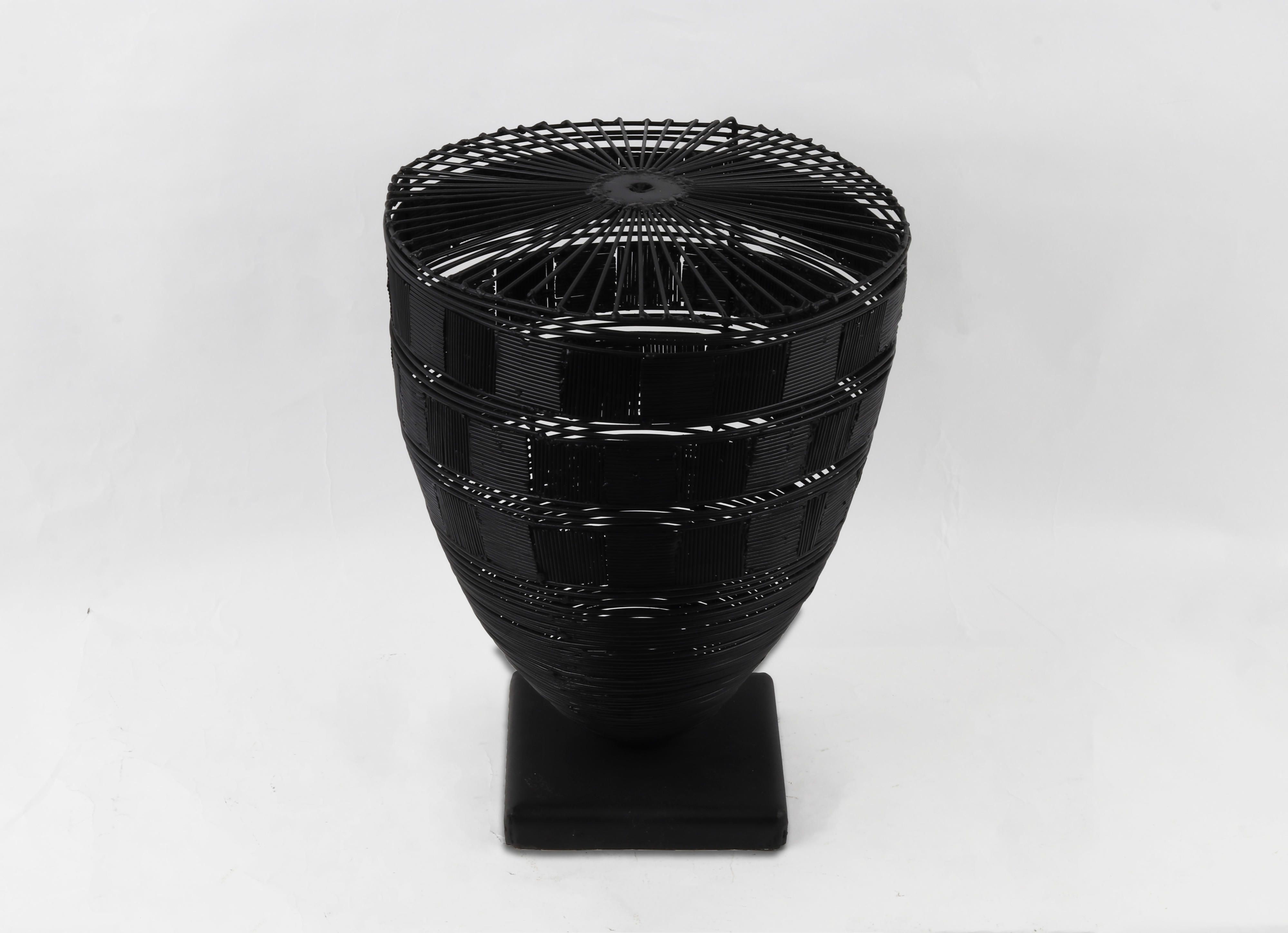 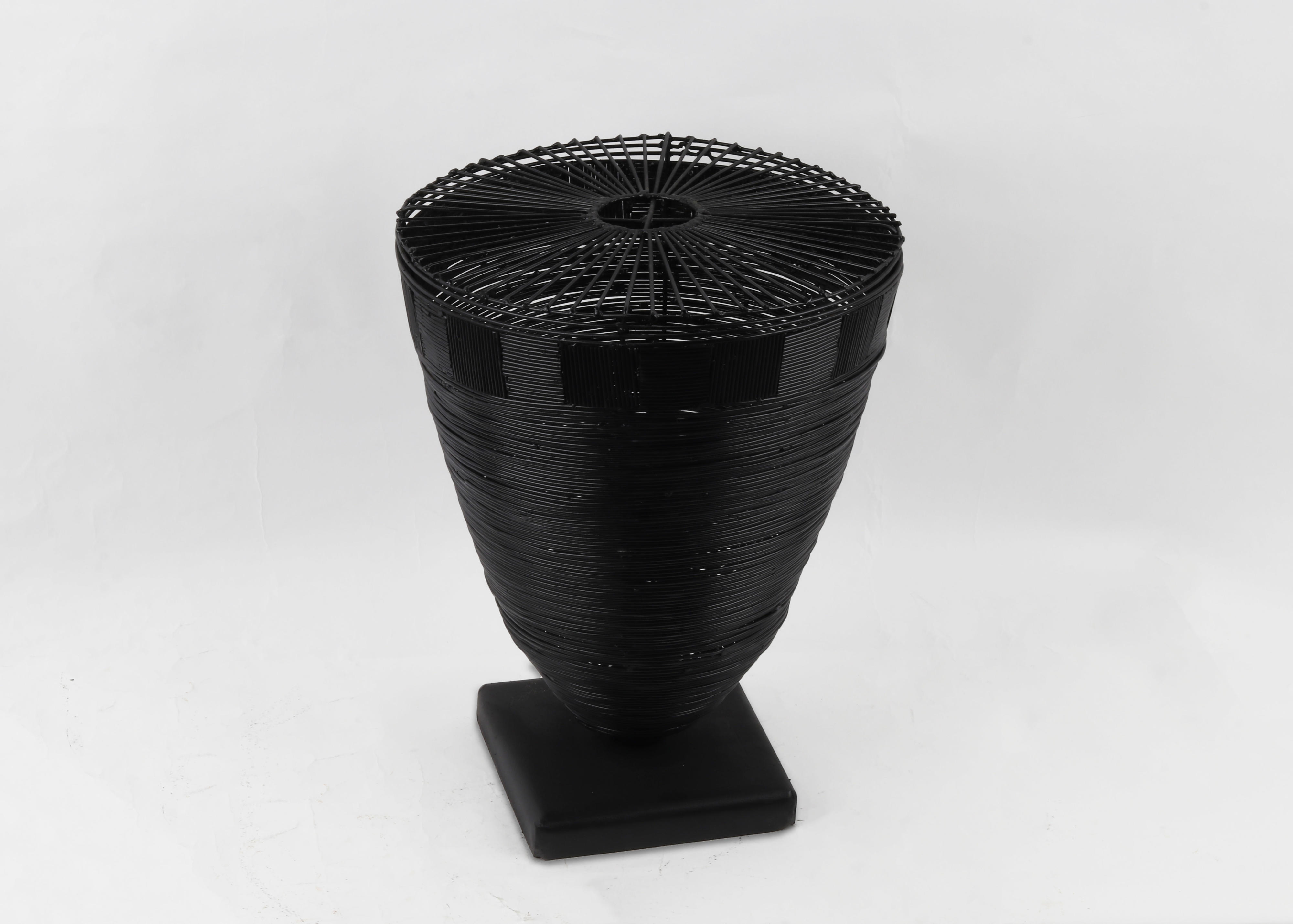 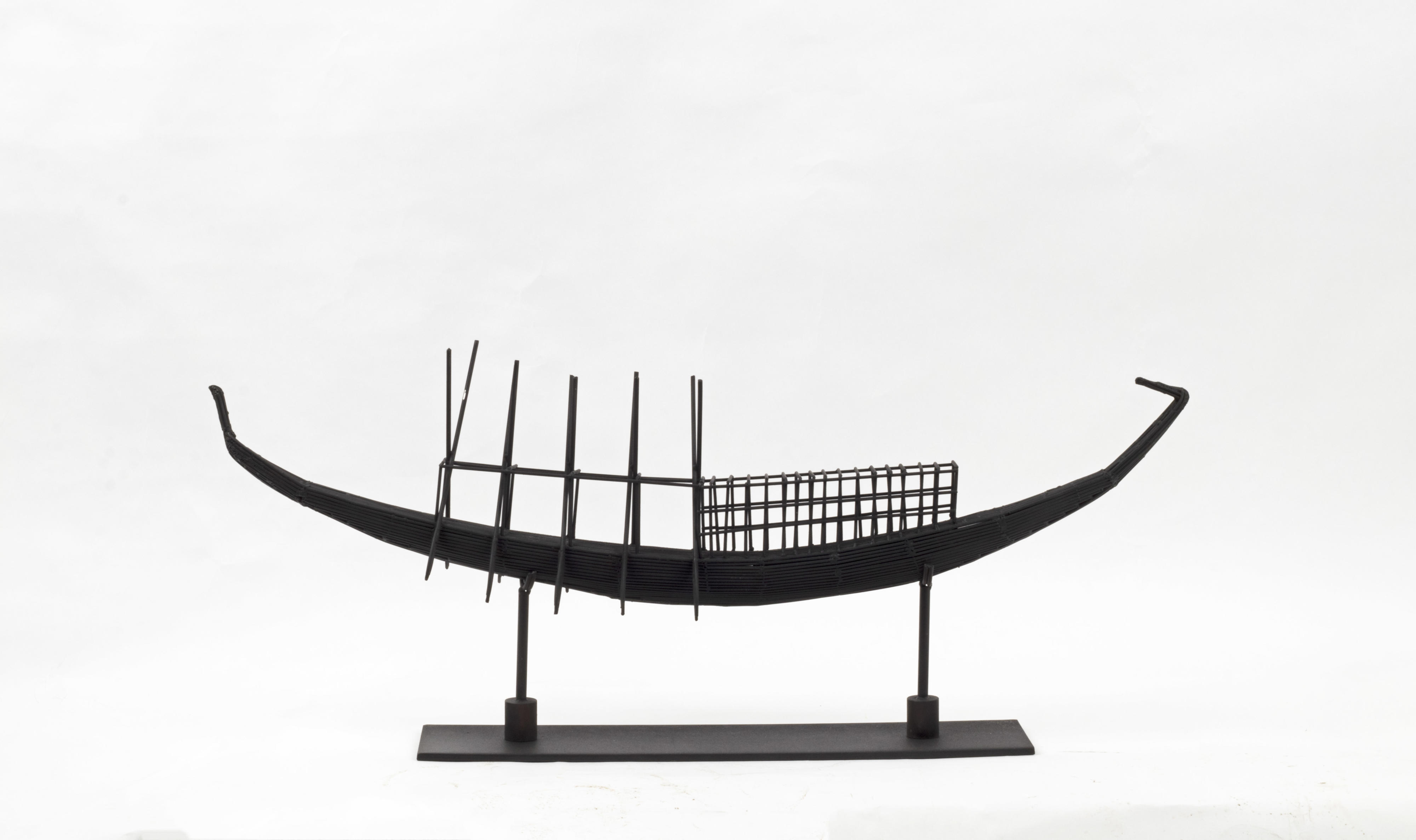 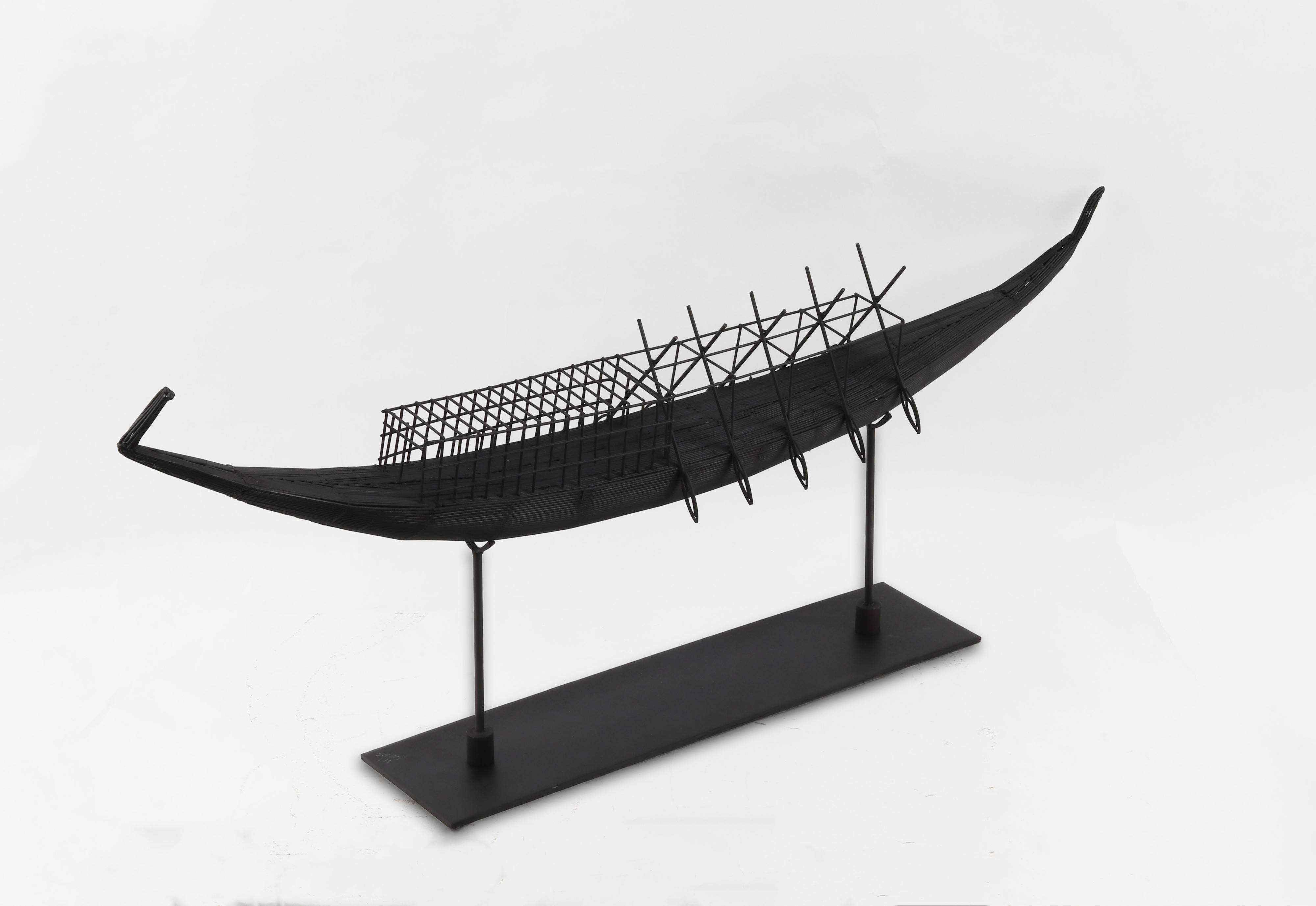 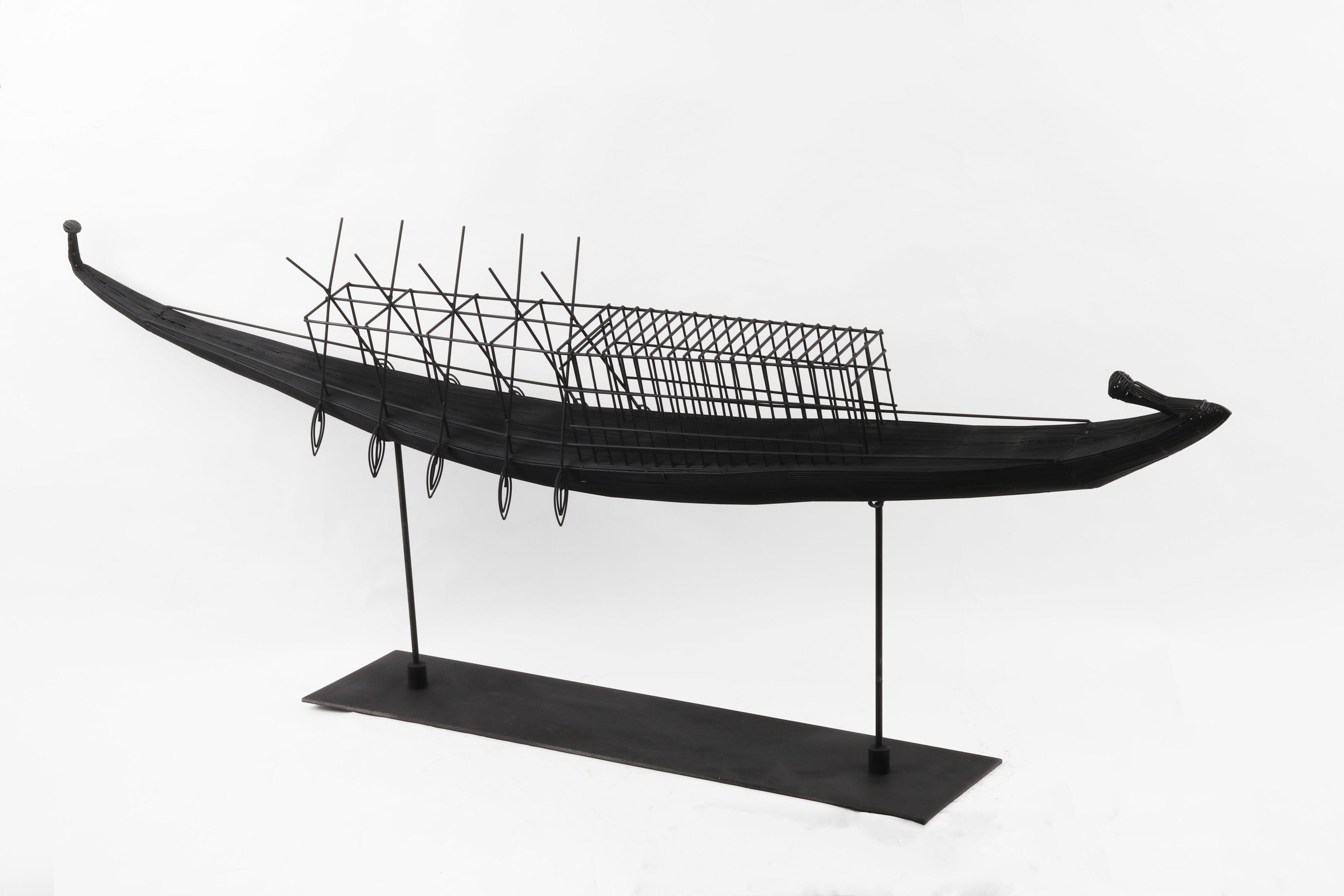 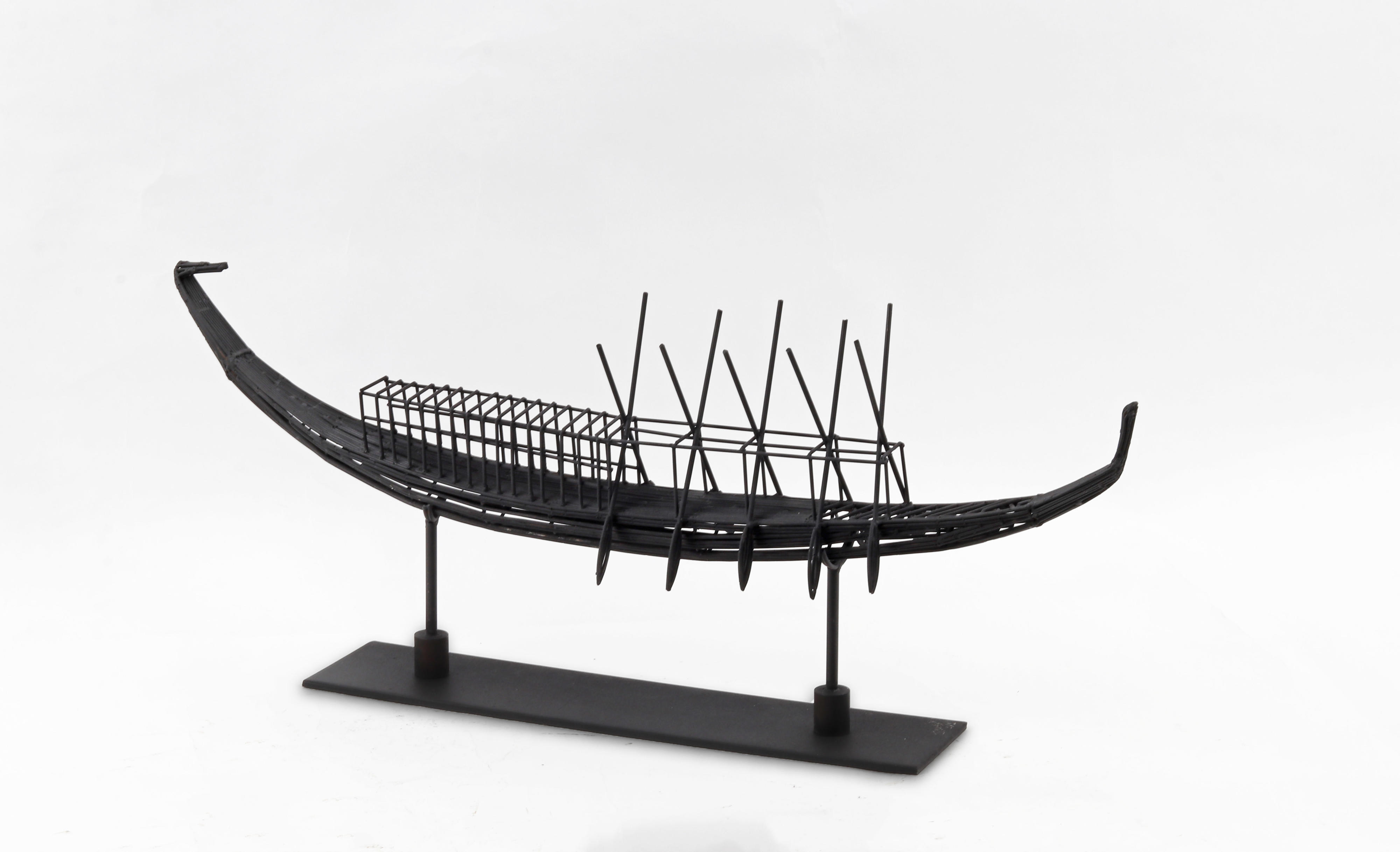 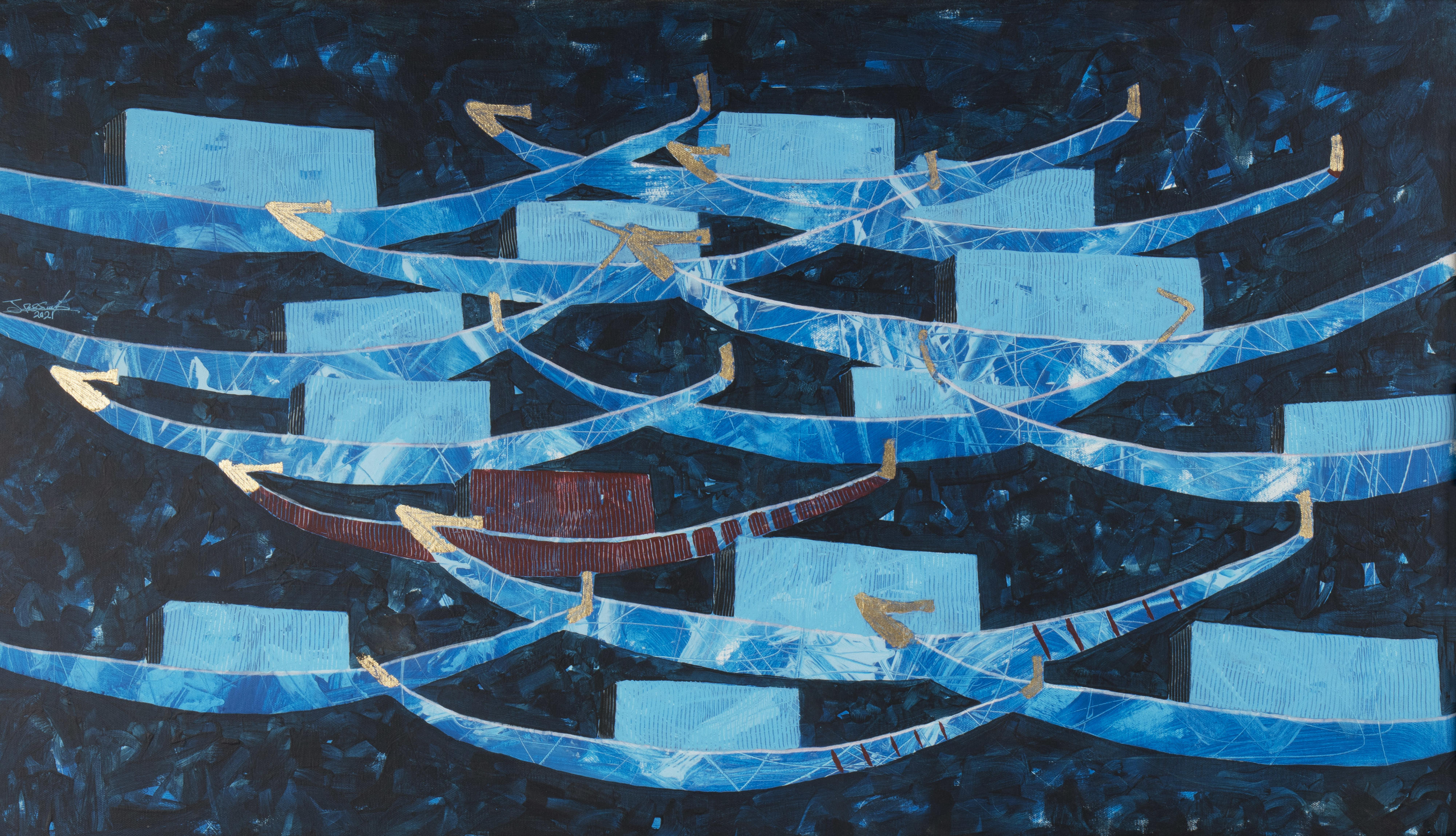 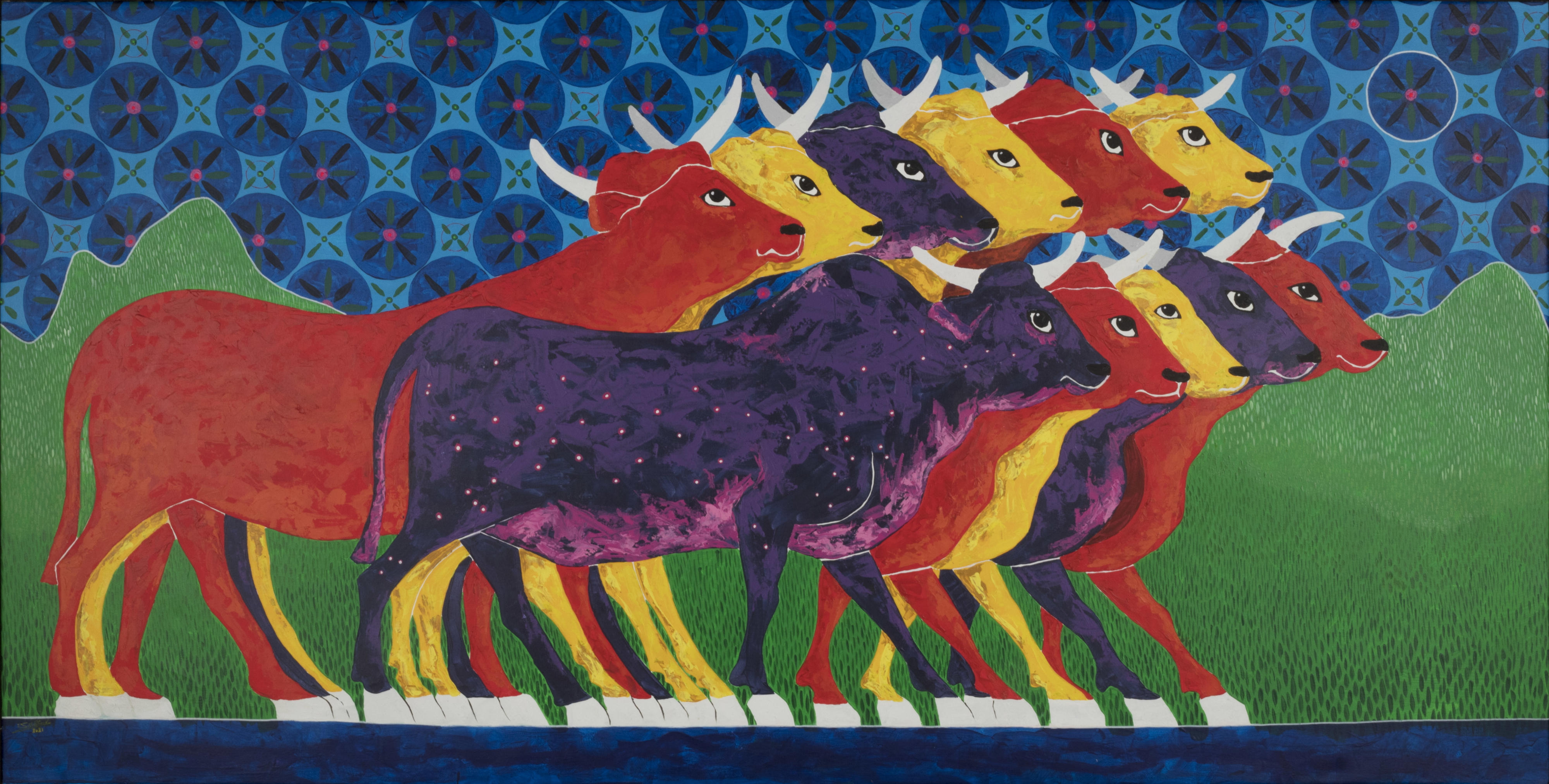 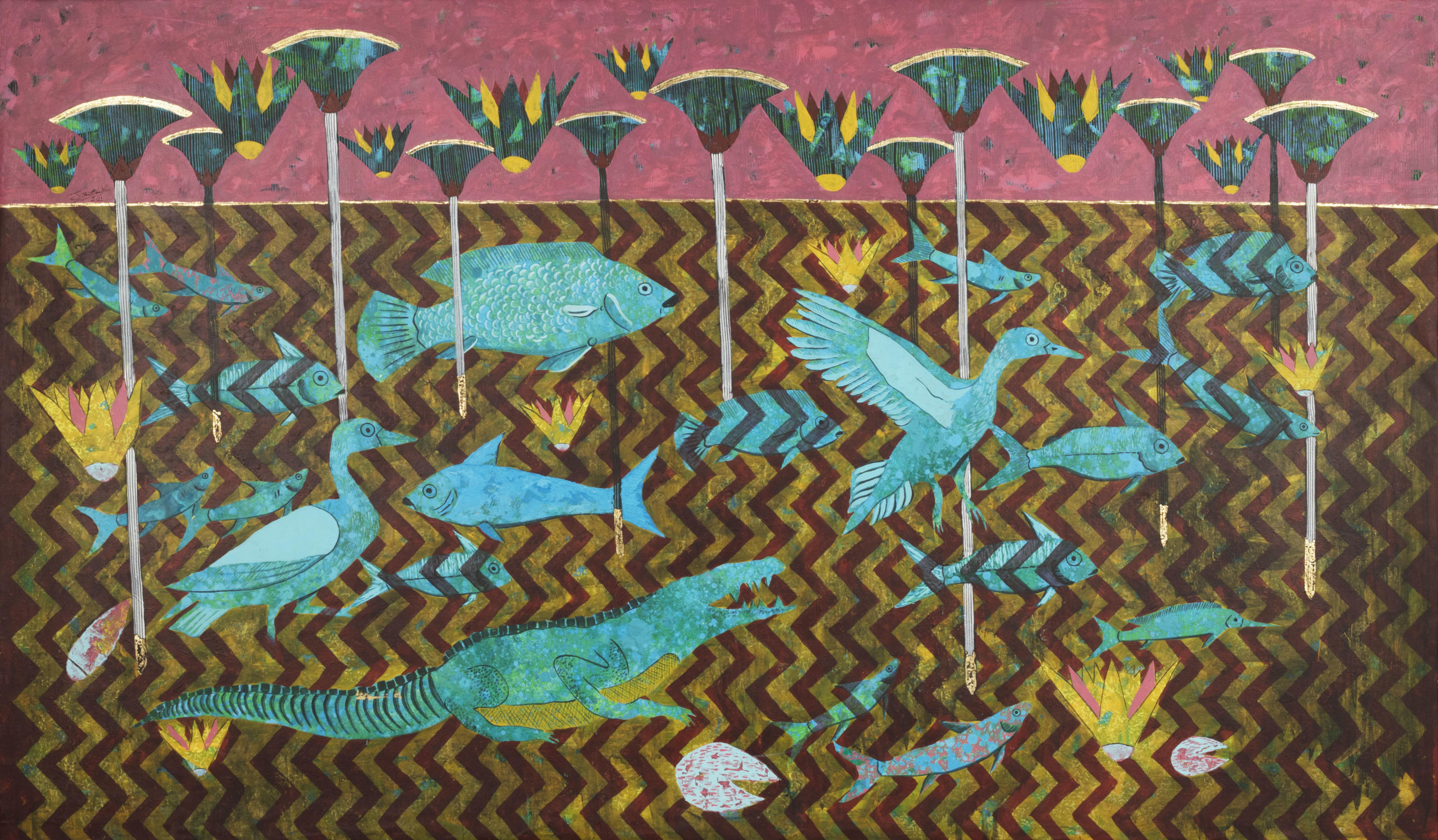 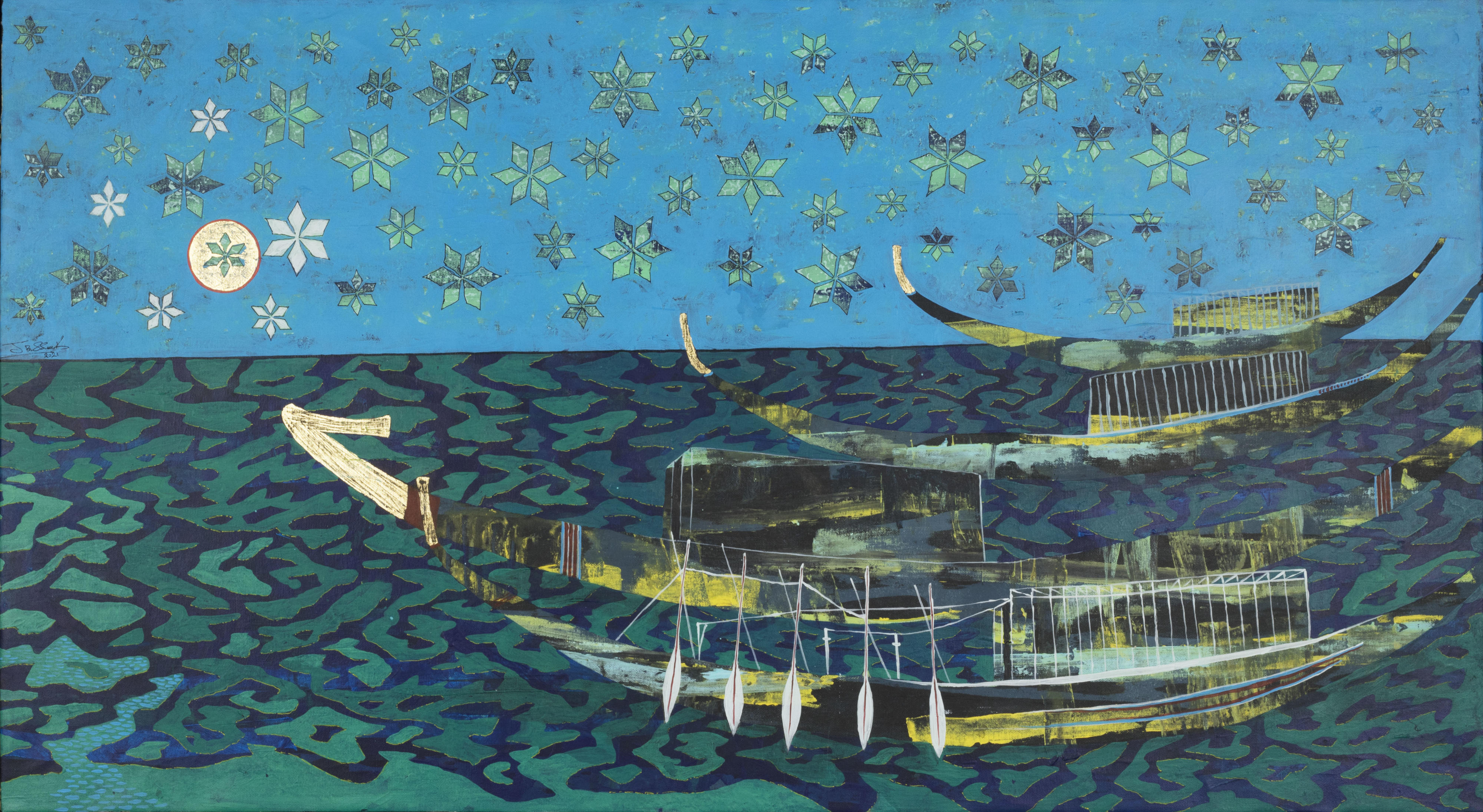 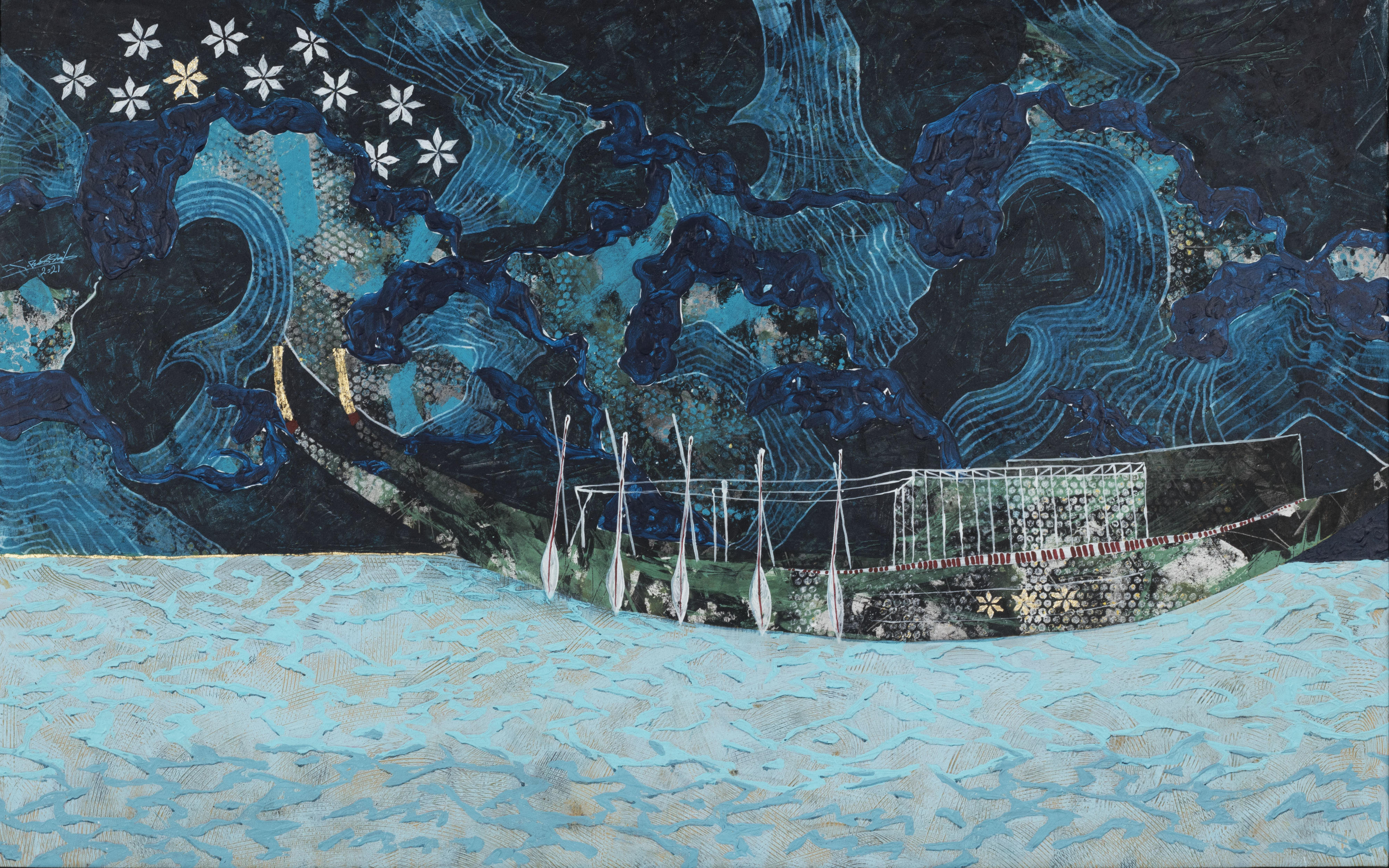 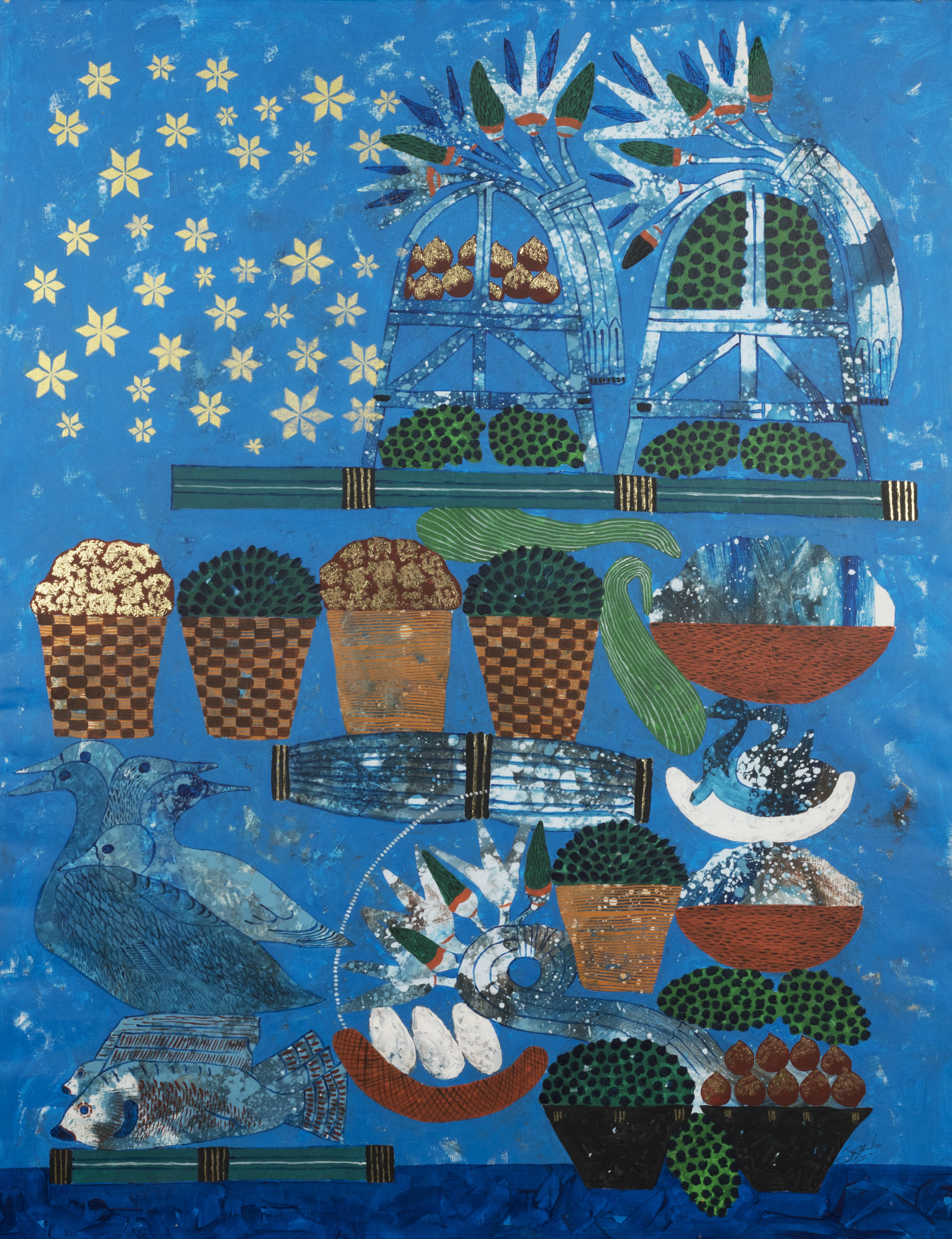 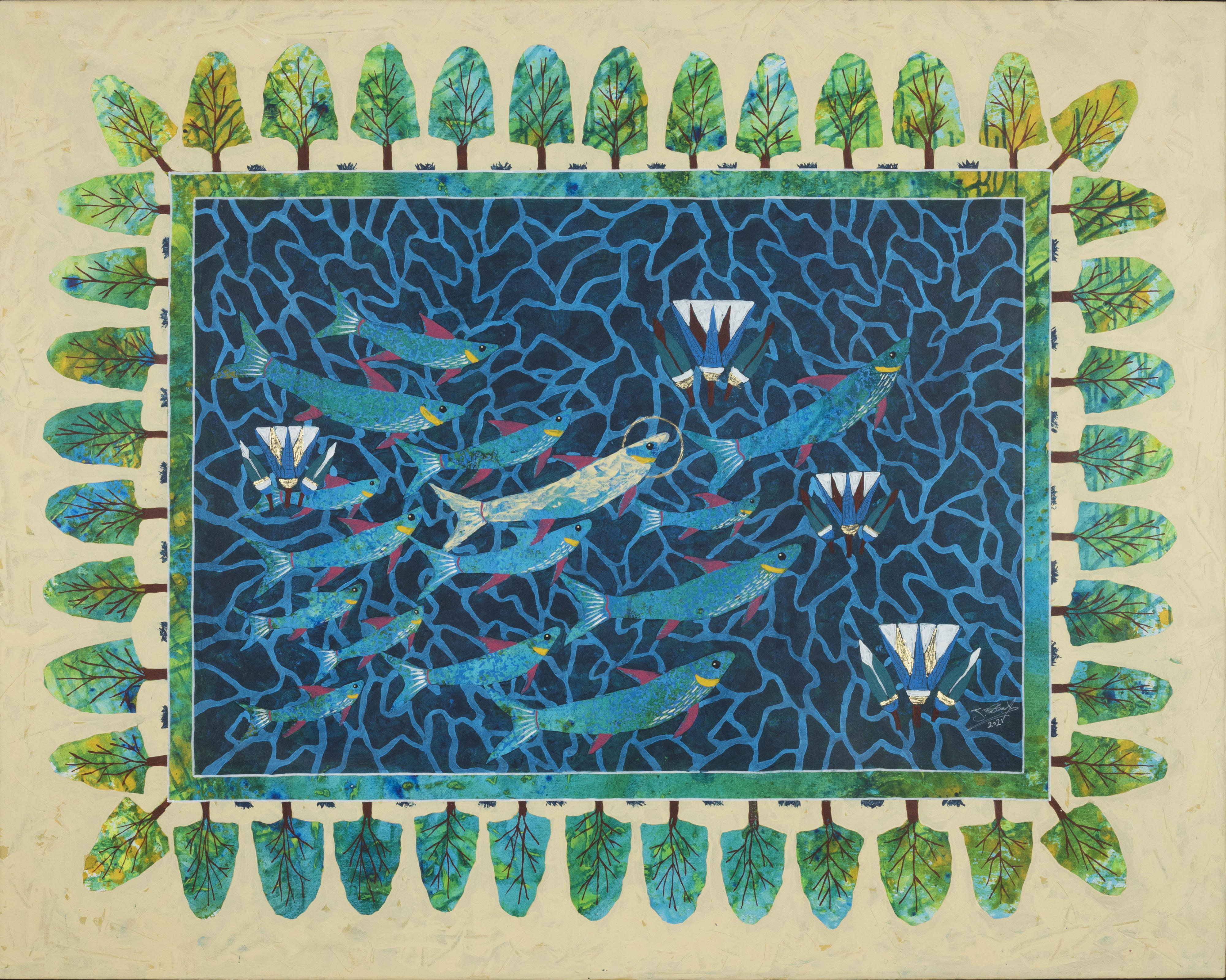 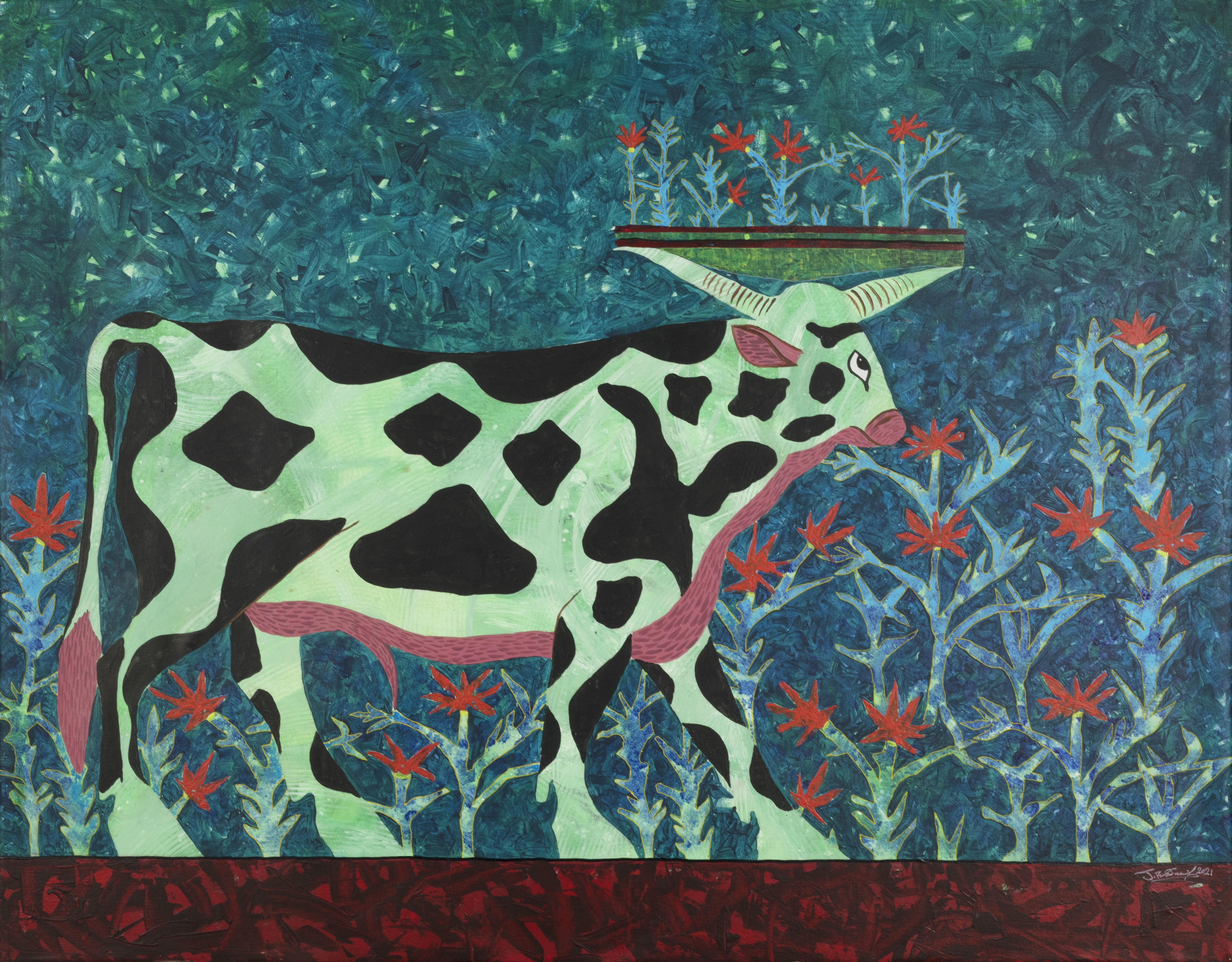