Tayseer Hamed was born in Cairo in 1955, and graduated from the Faculty of Applied Arts in Cairo in 1978. He later participated in numerous exhibitions throughout the years, including the General National Exhibition of Fine Arts in its 31st, 34th, 40th and 41st sessions. He also exhibited in Al-Bab Hall, Sa’ad Al-Khadem Museum,and a special exhibition at the Gezira Center for Arts in Zamalek, at the Faculty of Applied Arts.

He participated in the Visual Arts Forum between Egypt and Africa, and the First Forum for African Arts (Afroart). Tayseer also participated in the Egyptian Academy Exhibition in Rome, titled “Letters from the South’’. He received the “Dubai Cultural Creativity” prize in Fine Arts
and his artwork can be found among the permanent collections of the Museum of Modern Art in Egypt and in the Medina Airport in Saudi Arabia.

Tayseer's work emulates the structure of a construction to present a coherent, sound and architectural creation. The elements of his paintings are produced and interconnected; creating harmony and drama while also showing contrasting and distinguished elements of both soft and structural compositions, with figurative motifs that are dramatically expressed. Seasoned art lovers would notice that his paintings are a visual symphony that are both static and dynamic. This allows the viewer to easily shift his gaze through the painting and also dive into the astounding intricacies of the painting.

Hamed's work is inspired by ancient heritage and he is driven by his attempt to reincarnate and mend the remnants of that heritage. Tayseer utilizes the dialogue created by colours and its mechanisms to create aesthetics that simulate architectural structures. He uses a technique of
scraping color in addition to epic and dramatic visual elements that are predominantly similar to structural constructions. 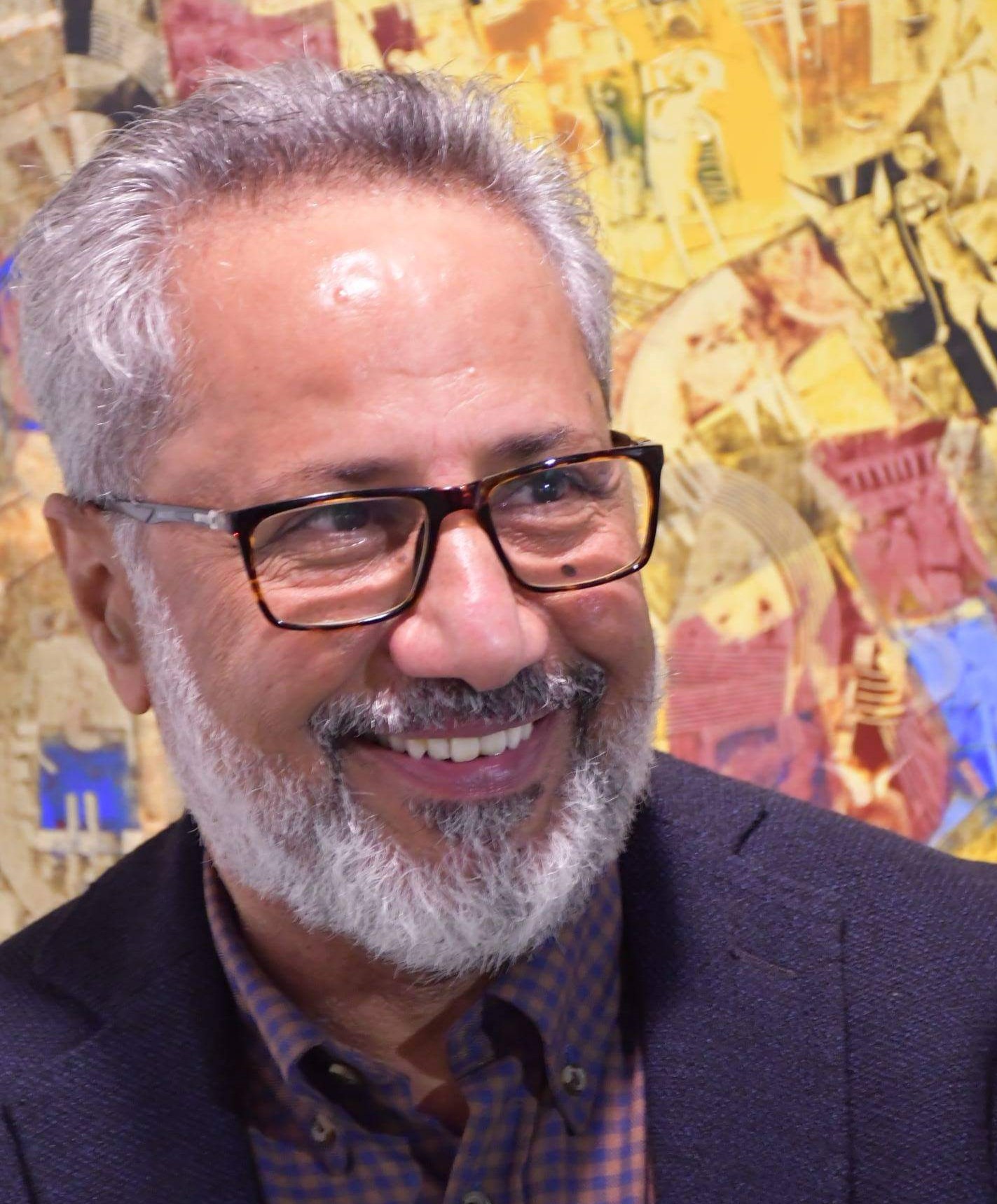